Can cannabis be used as a potential treatment for Covid19? 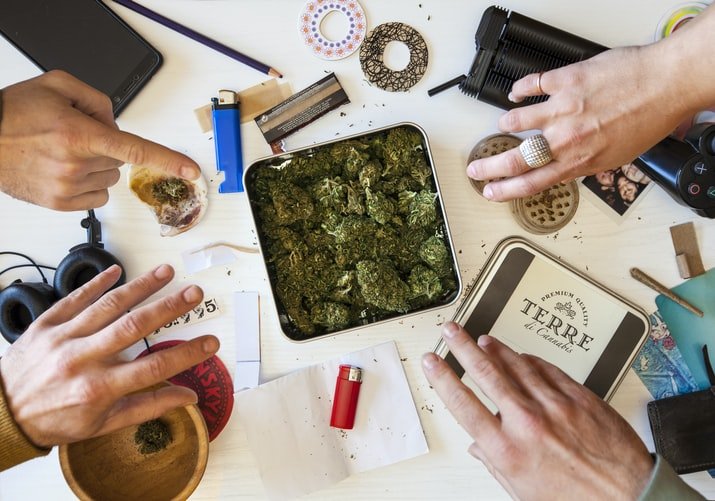 With Covid19 still spreading all over the world, researchers and medical professionals are looking into a cannabis treatment for covid19. Medical marijuana is an option that they have considered but unfortunately, it is too early to say if it can be the solution, but it does look promising.

Okay, the first reasoning behind the hypothesis that cannabis and its cannabinoids like THC and CBD can be used to treat COVID 19 is that the deaths that are associated with the virus occur in large part because of the body’s immune response is excessively reactive. When the body is as overly reactive it can cause the resulting inflammation to harm the body’s own tissue such as the lungs and this is where the respiratory failure occurs.

Research that had be done showed that THC and CBD can make changes to the body’s inflammatory response and help it to prevent inflammatory damage to be done to your tissues or organs.

To claim that cannabis or cannabinoids can be used as a treatment for the virus medicines need to be effective in not only reducing the symptoms but the presence of the virus too in a large group of people. But unfortunately, this has not happened yet.

“By searching databases such as ClinicalTrials.gov, the World Health Organization, the FDA, and news outlets, we have identified 16 groups who are working to develop therapies for COVID-19 using cannabis or cannabinoids. Ten groups are still in the planning or early research phase without any results produced yet. While two of these studies showed preliminary positive data in-vitro, they were not complete at the time of writing.”

What do the studies say?

There were only two complete studies that they have done that showed positive results and both of these studies were mice models of COVID19 related symptoms. Study one showed that THC protects the lungs from overactive immune responses that are similar to those that are caused by the virus. The other test that was done showed a response that was similar when CBD was tested.

The University of Miami researchers launched a study earlier this month regarding how the coronavirus is impacting the American cannabis users during the peak of the virus. “The global qualifying conditions for medical cannabis, though not uniform, all include individuals with compromised immune systems and other chronic health conditions. Therefore, this is a population that we cannot forget about in our joint effort to ‘flatten the curve,'” Denise C. Vidot, an assistant professor in the School of Nursing and Health Studies.

Another Canadian effort is being led by Tetra Bio-Pharma, a Canadian-based biopharmaceutical company involved in cannabinoid-derived drug discovery and development. According to the statement that was emailed the company is expecting to secure funding so that they can advance their program in Canada and the U.S. They will specifically be examining the active molecule in their synthetic cannabinoid drug PPP003, hoping that the results will be the reducing of inflammation and the overactivity in the immune system that can lead to sepsis, thus leading to better clinical outcomes.

“Cannabinoids that act at CB2R [the type 2 cannabinoid receptor] have shown promise for reducing the acute inflammatory response in experimental sepsis and some of these could be useful in patients with SARS-CoV-2,” the company said in their statement. “Well designed clinical trials of PPP003 are needed to prove whether this drug could help prevent the progression of symptoms of the acute lung injury and heightened immune response seen in some patients following SARS-CoV-2 infection.”

Although there have been studies done it is still too early to say if cannabis is the solution to The COVID19, we will have to sit back and wait patiently for the researchers and medical professionals to perform more studies. But we are hopeful that this can be a solution to the world.